Las Vegas, NV – Conor Swail continued to show off his signature speed at the Las Vegas National CSI4*-W on Saturday, November 19, this time claiming both first and second – aboard Theo 160 and Errol, respectively – in the $50,000 CSI4*-W Las Vegas National “Jacks or Better” Winning Round, presented by Blenheim EquiSports.

Fresh off a win in Thursday’s $25,000 CSI4*-W 1.35m Blenheim EquiSports “Royal Flush” Jump-Off Classic, presented by Markel Insurance, Swail first contested Anderson Lima’s Saturday track aboard Errol. When the pair entered the ring for the winning-round jump off, the time to beat had been set at 40.20 seconds by 18-year-old Jake Endicott aboard RMF Chacco Top. 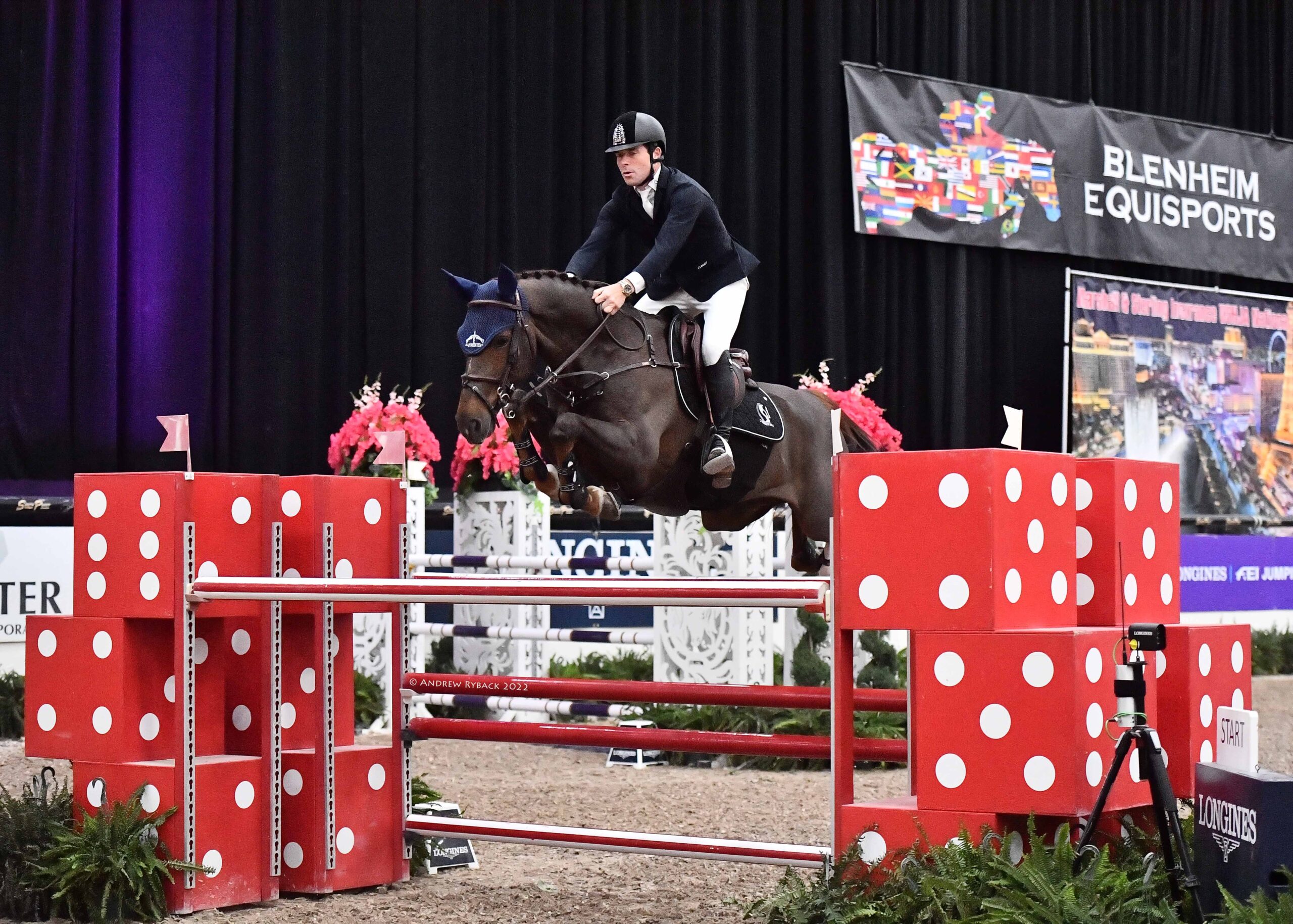 “I saw young Endicott go, and I thought it would be tough enough to beat actually,” said Swail. “I have two very fast horses. The first horse, Errol, he’s always fast. He’s always very close to winning and wins a lot of classes for me.”

The 12-year-old gelding, owned by Sagamore Farms, proved fast once again – this time, just fast enough. He and Swail crossed the finish in 40.07 seconds, just three one-hundredths of a second ahead of Endicott’s time of 40.20 seconds.

“Then with Theo, I had a similar enough plan,” said Swail, who had the advantage of being the last to go with his second entry. “He’s got a bigger step than Errol. So, I have to make up time somewhere different. After the red oxer, I was able to nip inside the pillar, which I don’t think anyone else did in the class. I think that really made the time up. I had a couple of great rollbacks as well on him toward the end of the course, and I felt going to the last that I had done enough, so I was able to just go nice and smooth.” 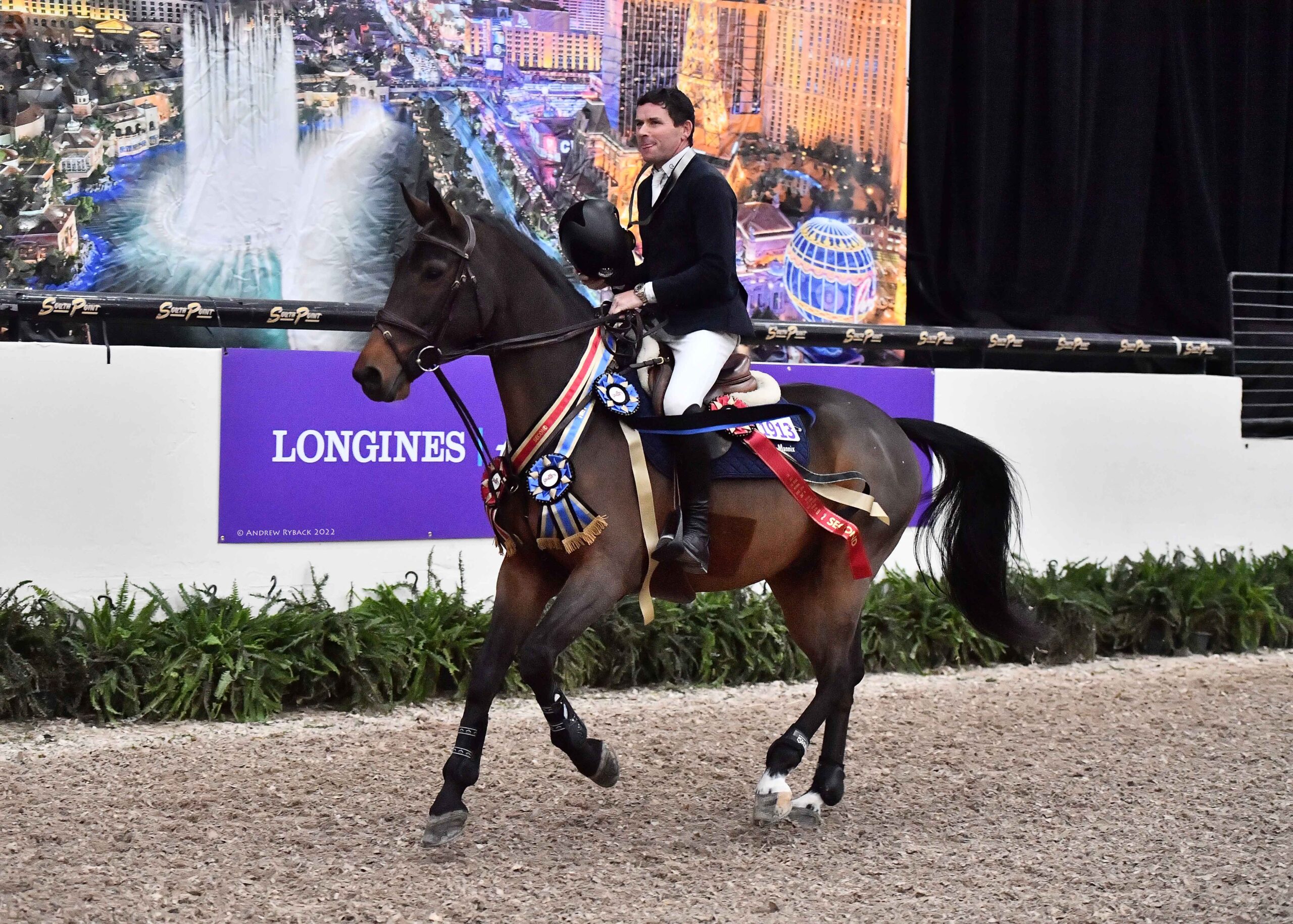 With Theo, Swail shaved two-tenths of a second of his first time, clinching the win in 39.87 seconds.

“[Theo and Errol] haven’t had a fence down, and we’ve won a few classes and had a few podium places, so it’s been a great week!” said Swail. 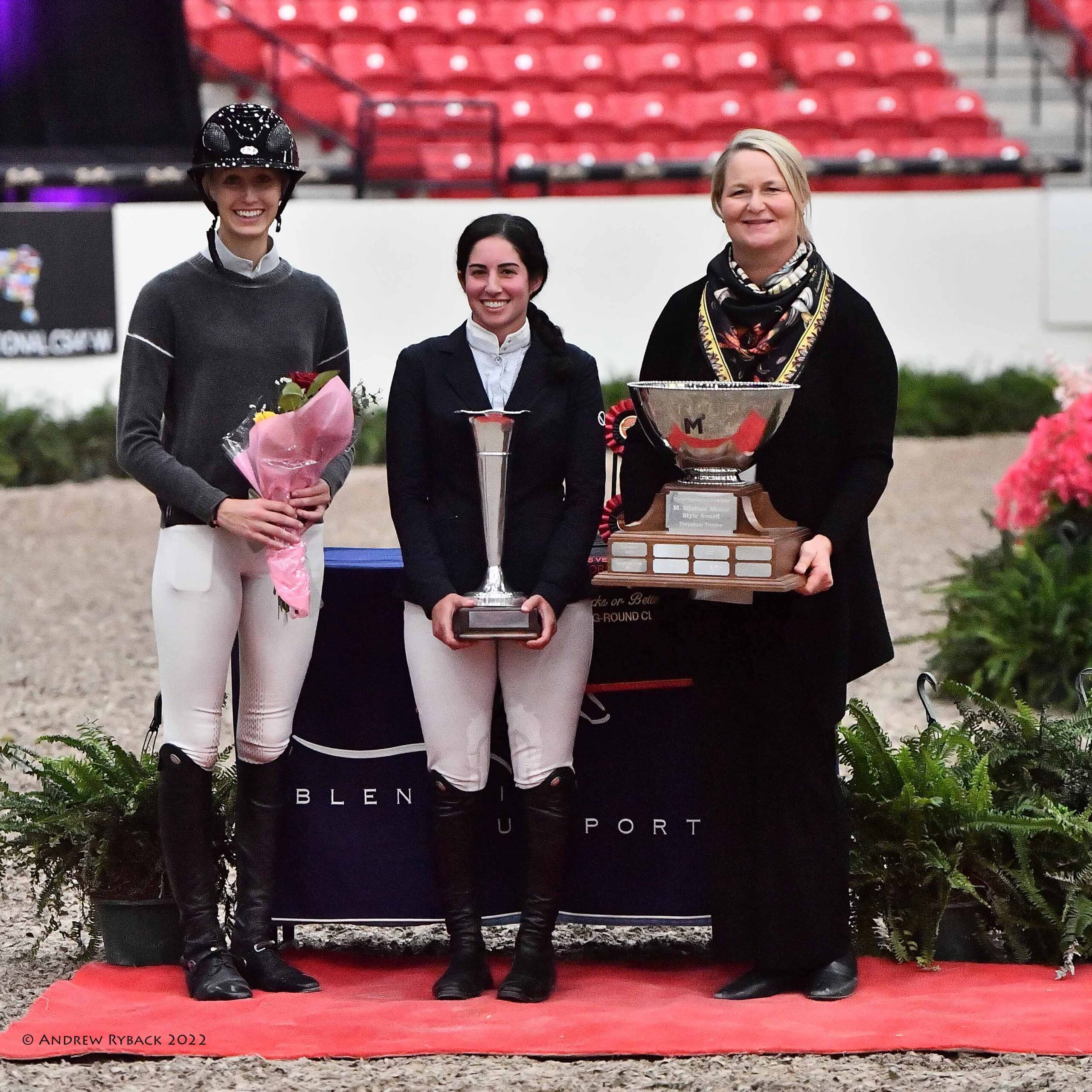 Prior to the start of the class, the M. Michael Meller Style of Riding Award was presented by last year’s winner, Natalie Dean. Each year this award is presented to the international equestrian who displays an exemplary style of riding as well as sportsmanlike composure from within the FEI Jumping Division, and this year, that honor was bestowed upon Jennifer Waxman.

For full results of the $50,000 CSI4*-W Las Vegas National “Jacks or Better” Winning Round, presented by Blenheim EquiSports, click here.